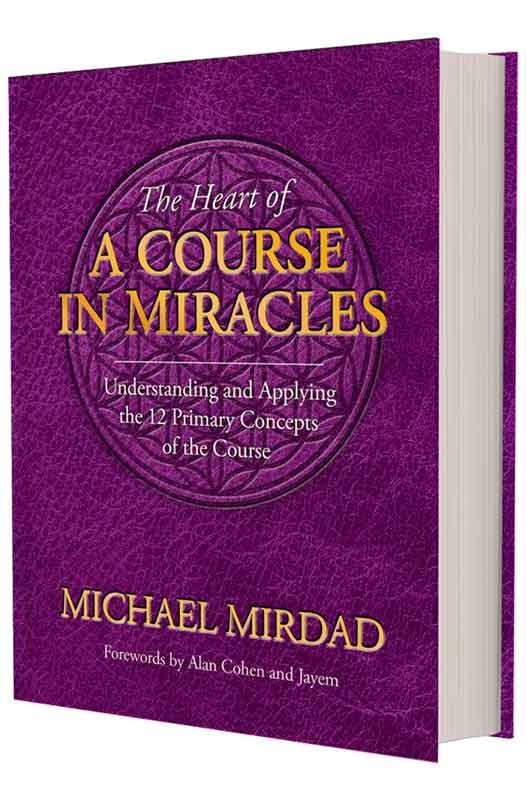 The Heart Of A Course In Miracles

Understanding and Applying the 12 Primary Concepts of the Course

The Heart of A Course in Miracles explains the most important concepts of the Course, in a way that only Michael Mirdad could do. This book is clear, deep, applicable, and life-changing. It reaches a depth of spiritual teaching that is only surpassed by the Course itself, and it brings back the spirituality that has often been lost in translation. Students of the Course will never see the material the same way. Students of spirituality will never see anything the same.

This powerful book is intended to be read slowly, with thought and reflection. This book is clear, easy to read, and easy to apply . . . and has already proven profoundly effective to many thousands of clients and students who have applied the principles of this incredible book.

Drawn from the author’s 30+ years of teaching, healing, and spiritual counseling, this book highlights both new and time-tested principles for understanding and applying the 12 primary concepts found in A Course in Miracles. In so doing, Mirdad makes the Course material fresh, powerful, and accessible to people of all walks of life.

Reviews of Heart of A Course In Miracles

Quotes from the Book 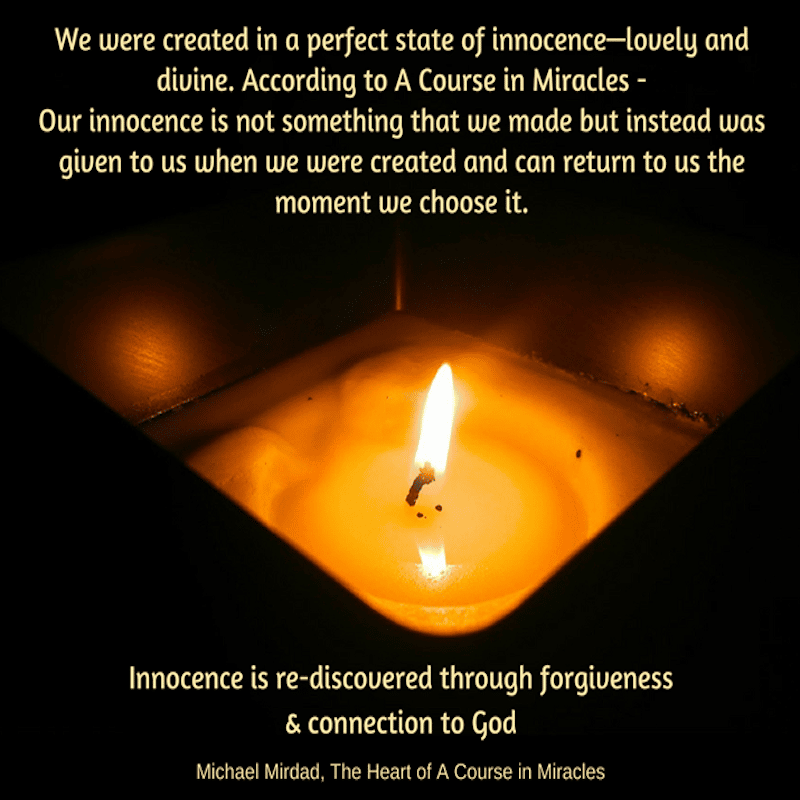 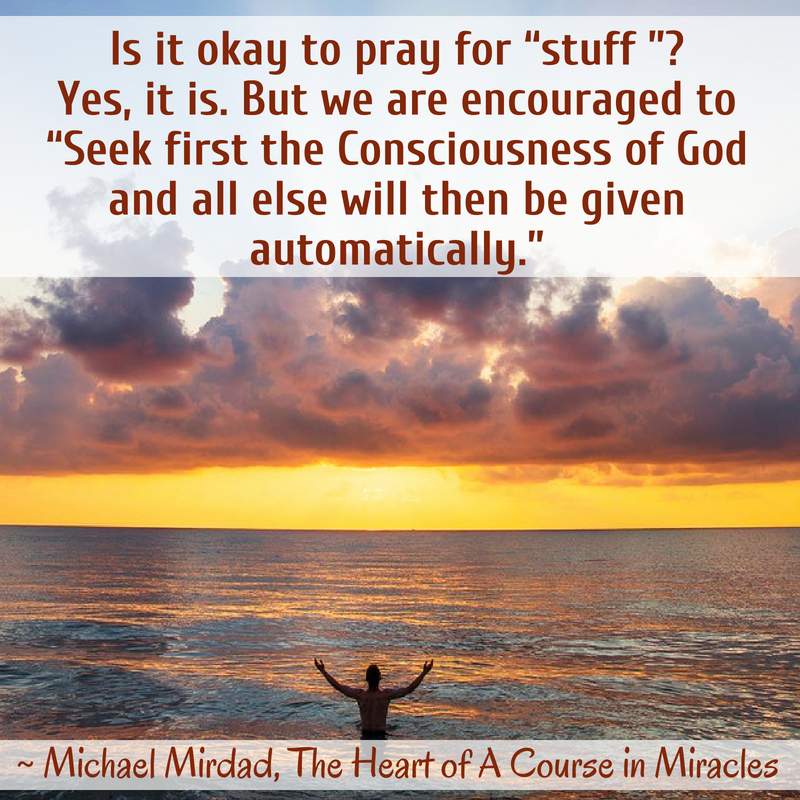 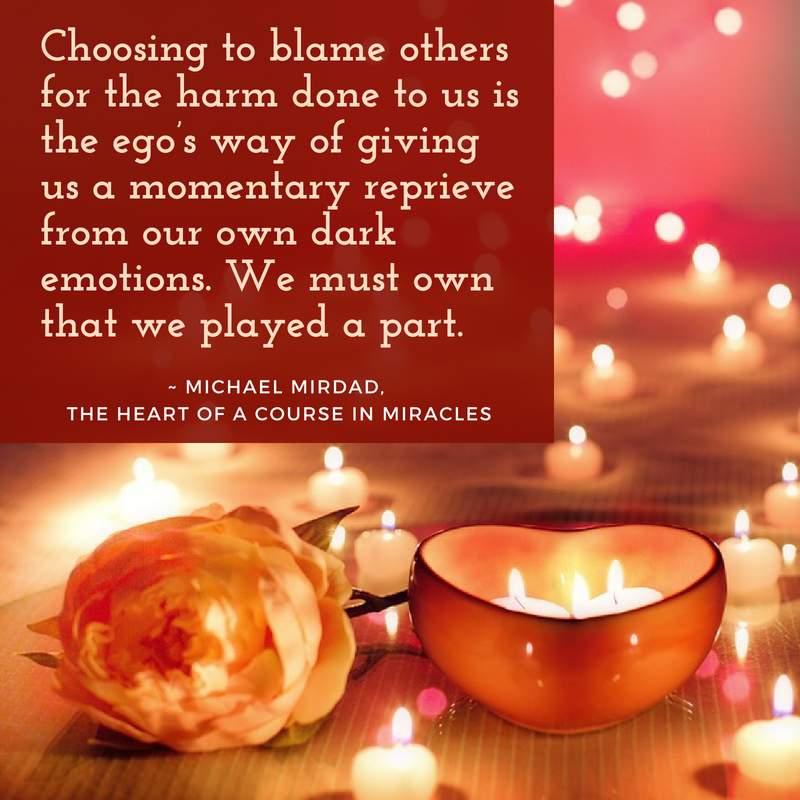 This new book is called “The Heart of A Course in Miracles.” Without going into a lot of history of my life related to the Course, or the Course’s history on a linear level, really, I titled it “The Heart of A Course Miracles” for several reasons, not the least of which being – the Course has gotten studied in a more and more intense way, intellectual way. There’s an approach to it that’s very cerebral. I guess you could say, some people say, the course IS cerebral, and it really is and isn’t. In some respects, it’s just deeply inspirational.

But it definitely will come across a little bit, you know, concrete or intellectual. And it does that for various reasons. It does it because in part Jesus is talking through Helen Shucman, who scribed the course, and it presents material that’s designed to sort of psychoanalyze and/or heal the mind, the psyche. So it’s going to come across a little bit like psychoanalysis, you know, but it’s intention was never to really lose the heart.

So when I describe the book as “The Heart of A Course in Miracles” – and that’s one thing that Alan Cohen shared. He said he loved that it was called “The Heart.” Then he read some of it, and he went “Wow.” And you know what he really dug? He didn’t talk about the layout of all the concepts and so forth, which you know people dig. He talked about…he was just wowed by the history that I was talking, about the hidden history — the metaphysics, the spirituality, the past lives of Helen. All that, which I’m calling “The Heart.” All that was left out of it.

And now we feel like we’re talking about the Bible again. There were all kinds of books that were edited out of the Bible. And so it sort of ends up with that kind of a strange history, where the course was original notes, where quite a bit, there was quite a bit more there. But what I feel is it gave more of a feeling, still very deep, still a lot for the mind, but it was still very, very much broader and just fantastic material, which they now call the “Ur Text” version of the course, and man oh man there’s a lot there. So, for the brave of heart, you know you can look for it.