The True Story of the Divine Feminine 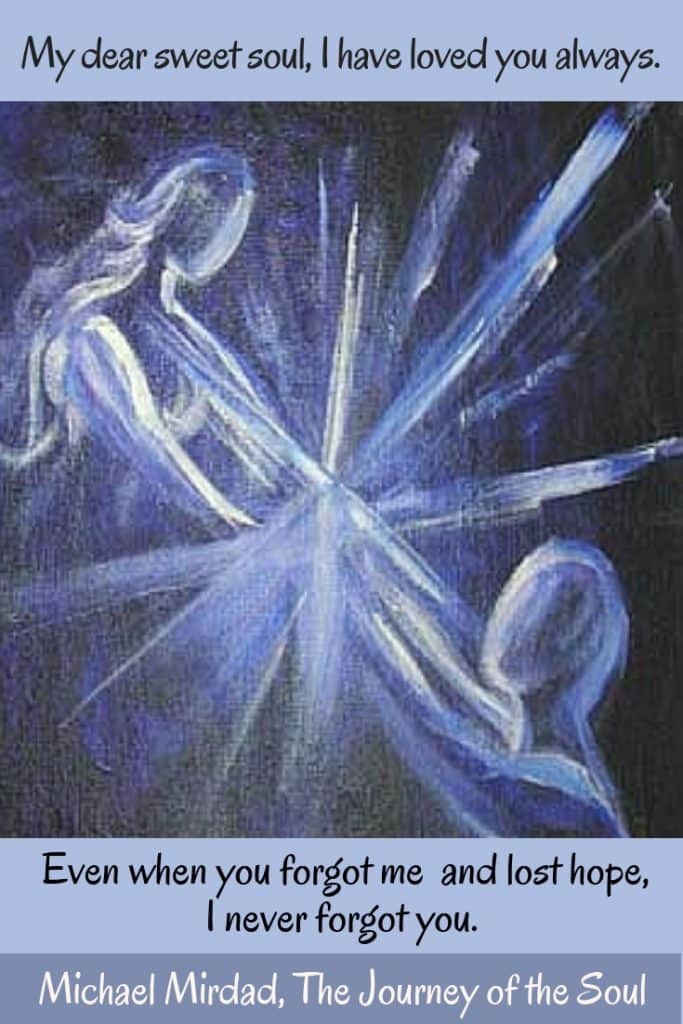 Among the ancient Gnostic teachings, there is a term or name that is surrounded by some of the deepest teachings in all of mysticism—the story of Sophia. There is an entire mythology around “Sophia,” which teaches us about the journey of our soul.

The Archetype of Sophia and the Soul’s Journey

The essence of the Sophia myth tells of her fall from her Father’s house and into the world. Here, she loses her way, looks for love in all the wrong places, becomes abused by many false lovers, and eventually falls into prostitution. Eventually she repents and calls out for help, whereupon her Father sends down her spiritual brother, Christ, to rescue her (sometimes the story uses the model of a lover instead of a brother).

Sophia represents the soul of each person or initiate who seems to have fallen from their divine nature and into a human body. They then became a lost soul in the world on a journey with perks and pitfalls until they eventually discover spiritual liberation through awakening the Christ within, representing the Consciousness of God in the heart of all beings. So the story of Sophia is the story of how our soul seems to have fallen from grace but eventually finds its way home by awakening the inner Christ.

The Two Facets of the Soul Archetype

The archetype of Sophia actually has two facets. One is symbolized as a virgin, or the divine mother that resides within each of us—known in Christianity as the Virgin Mary. The second facet is symbolized as a prostitute, but a prostitute that is eventually redeemed, representing the soul (Sophia) fallen and lost in the world, as mentioned above—known in the Christian tradition as Mary Magdalene. Again, Magdalene is commonly seen as the facet of the soul/Sophia when fallen and the Virgin is seen as the facet of the soul/Sophia when awakened. In either case, they both bear the same name (Mary) to emphasize the fact that they are two mythological aspects of the same single person or symbol—the human soul.

Once again, although there are several ways to interpret the myth of Sophia, one of the most fundamental interpretations is that the soul (Sophia) has fallen into the material world and manifested as the prostitute (Mary Magdalene), lost in sin. When the Christ (Divine) Self redeems her, the prostitute becomes equal to the Virgin aspect of Sophia that remains pure (despite any perceived past) and is revered as a Goddess. Both, however, are redeemed by a savior: one by her son, the other by her brother/lover. And, although this version of the sacred myth of the soul certainly has some validity, there is yet a deeper aspect waiting to be discovered.

Imagine that the two facets of Sophia are two opposite extremes of two very different types of women—the mother/wife type (but not so pristine and “pure”) and the single woman type (but not to the extreme of a prostitute). Both are entirely capable of having positive and negative aspects. Although the Virgin can be holy, she can also be too controlling or sometimes too sacrificial. And although the Prostitute can be too self-abusive, she can also be vivacious and playful.

In the last several years, a large number of people felt compelled to defend the prostitute aspect of Sophia—in the form of Mary Magdalene. They justify their defense of her as though they are defending the rights of all women. Sadly, this has an opposite effect. To defend her as such, keeps her weak and in need of their defense, thus keeping her vulnerable and dis-empowered,  the opposite of what they claimed to be doing. Sophia isn’t involved with gender disputes and is in no need of our defense; she is ultimately the symbol of our pure and powerful soul and is without gender.

The reference to Sophia being female is merely symbolic of her (our soul’s) ability to be a co-creator by giving birth to the material world. Furthermore, the (male) redeemer could not have come to save the fallen aspect of Sophia, had it not been for the Mother aspect first giving him birth.

Sophia, whose name means “wisdom,” had been the goddess of the pagan philosophers for centuries. In fact, the word, “philosopher,” first used by Pythagoras, means “Lover of Sophia.” Sophia was also an important mythical figure for Jewish Gnostic philosophers, such as Philo. In the Jewish Sophia literature the Savior archetype is persecuted by his own people (similar to Jesus at the hands of the Jewish leaders) for preaching Sophia’s wisdom, the soul’s true wisdom. He is then condemned to death (crucifixion). But he is later vindicated (resurrected) and rises (ascends) to heaven, as a “Son of God,” the Christ.

When viewing the story of Sophia from an esoteric viewpoint, we gain a much deeper understanding of how and why we created our body and body’s energy-systems, which is as follows:

“And when she [Sophia or our rebellious souls] saw the consequences of her desire [to separate from God], it [her desire] changed into a form of a lion-faced serpent [kundalini]. And its two eyes [Ida & Pingala] were like lightning flashes. So she cast the lion serpent away from her, so that none of the immortal ones might see it, for she had created it in ignorance [and then feared their judgment]. Then she surrounded it with a luminous cloud [body and aura], and placed a throne [center of the head] in the middle of the cloud that no one might see it except the Holy Spirit. This creature [our ego or false self that arose from our belief in separation] took a great power from his mother [our soul]. He is impious in his arrogance. For he said, ‘I am God and there is no other God beside me,’ for he had forgotten the place from which he had come.”

Women (as well as men) are living the mythology of Sophia and can be either the fallen or risen state of either, the “nesting mother” or the “dancing daughter,” Sophia. In the old traditions, this legend became the litmus test of a woman’s integrity. If she lived the life of the selfless virgin (perfect wife and/or mother), she was somehow deemed closer to God. On the other hand, if she danced and dined, she was deemed unfit for the Kingdom of God. Some cultures even passed on beliefs to women that if they were unmarried and/or without child, they were somehow incomplete. Such thinking keeps these unfortunate women hostage to a mass trance of illusion. Spiritual teachings, however, tell a different story, one that says that both versions of Sophia are potential goddesses and deserving of all that God is, which is what god-dess means—god-is.

Embracing Both Aspects of the Inner Goddess

Women of today often struggle with their identity and fail to recognize and embrace both aspects of their inner goddess. In fact, a woman can actually gain weight, especially after she reaches her 40’s or 50’s, simply because her body is responding to her mental programs that tell her she’s no longer allowed to be a maiden, a Magdalene, thus retaining her vitality and youthfulness. Instead, she begins to take on the body of her inner “mother” archetype.

Conversely, when a woman only embraces her inner maiden and ignores the call of her more mature mother archetype, she then tends to want to be irresponsible, keeps partying, and usually attracts relationships with equally immature men who she can’t trust or who will not satisfy her more mature, affectionate, responsible, financial, and perhaps even spiritual needs. These potential problems and dis-satisfactions in her life are nature’s way of forcing her to experience both archetypes in the literal (external) sense, simply because she has failed to do so in the metaphysical (internal) sense.

The ideal goal, of course, is to embrace and embody both archetypes—the spiritual mother and co-creator in this world AND the spiritual maiden as a carefree being-full of life and sensuality. In either case, as Christ within her comes to redeem her heart and soul (consciousness), she no longer lives the extremes of either the virgin or prostitute but instead finds herself living in balance, embodying both archetypes and able to access either one on an as needed basis. Now she is the embodiment of the god-ess—GOD IS!